Rosengren & Nilsson – two companies that became one! Rosengren stands for Rosengren’s metal foundry, which was founded by Julius Nicolaus Rosengren in 1909. And Nilsson for Vetlanda Gjuteriet, founded by Jimmy and Rolf Nilsson in 2001.
In 2021, Rosengren & Nilsson was established, which thus consists of both expert expertise and long experience in the foundry industry.
Rosengren’s metal foundry dates all the way back to the beginning of the last century. Today, it’s the fourth generation of Rosengren who run the business in Vintrie, Skåne. In the location just outside Malmö – with close connection to the Öresund Bridge – art, signs, laser-engraved crystals and 3D prints are manufactured.

The other half of Rosengren & Nilsson has locations in the middle of beautiful Vetlanda, Småland. Where, among other things, signs in aluminum and brass are manufactured.

Thanks to our merged experiences we have been able to build up a great touch of craftsmanship and good designs, as well as a quest for an avant-garde expression in our collections. We also collaborate with many designers and artists, who work with everything from utility and interior objects to industrial design. 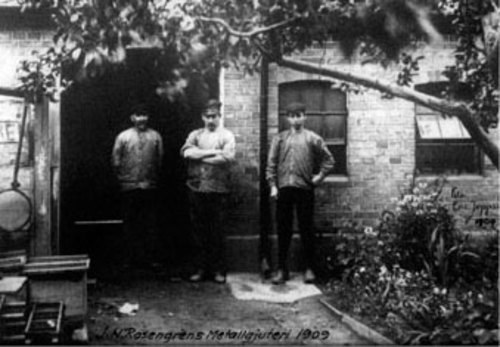 The method of forming metal by casting is very old and can be traced back to the Bronze Age. In those times animal fat was used to form axes or other useful objects. The wax objects were then baked into clay, which was first allowed to dry and then heated up, making the fat run out. Then it was just to pour the molten metal into the mould.

In fact, this method, the “wax method”, is still used today and by many considered to be the most refined and advanced casting method. However, the most common method nowadays is sand molding, with which, clay bound sand is pressed against a model under high pressure. The model is then removed and a cavity is obtained, in which the melt is poured.

Don’t hesitate to get in touch!

We help you with 3D-sketches to finished products, 3D visualization and virtualization, 3D-printing and much more! 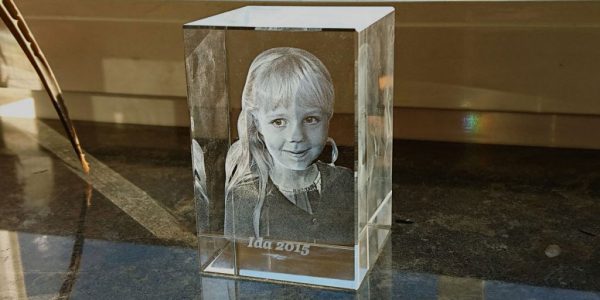 Large assortment of optically pure crystal for 3D-laser engraving. We stock a variety of shapes and dimensions, but can also customize crystals for larger series after customer specifications.

Have a look at Rosengren crystal

May we be at your service?